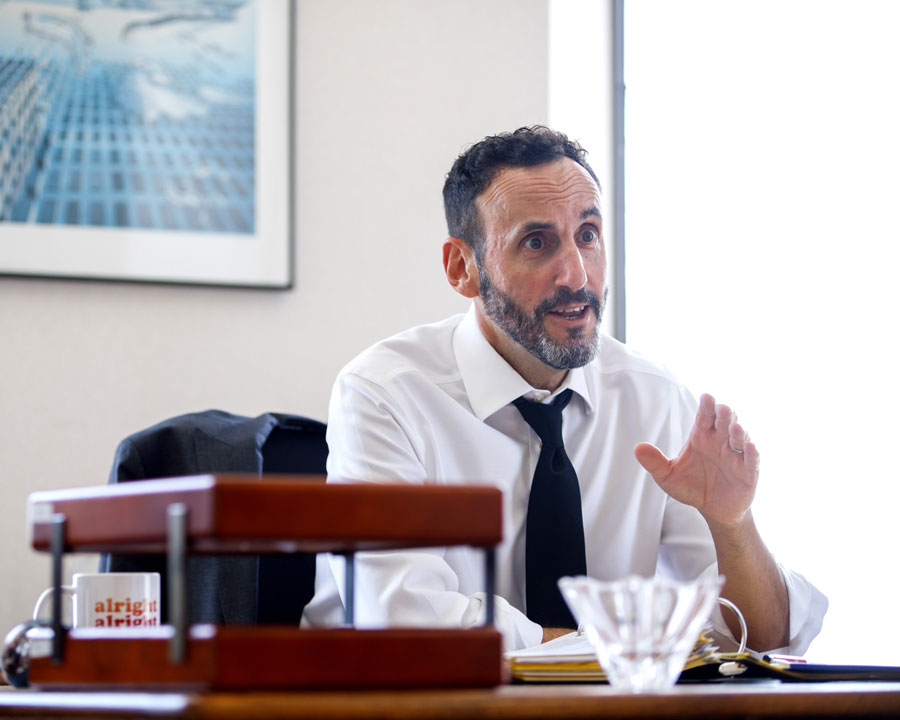 Sal Intagliata is a Shareholder in Monnat & Spurrier, Chartered. He brings an impressive criminal law background to the firm.

Mr. Intagliata’s first inspiration to defend people accused of crime came during his second year in law school at the University of Kansas when, as both a student and then a student adviser of the Kansas Defender Project, he helped people without money appeal unjust convictions. Having since worked as both a private criminal defense practitioner (1996–2005; 2010–present) and an Assistant District Attorney (2005–2009), Mr. Intagliata has dedicated his career to promoting fairness and excellence within the criminal justice system.

While at the Office of the District Attorney, Mr. Intagliata practiced as a trial attorney in the Gangs and Violent Crimes Division. In private practice, Mr. Intagliata has focused almost exclusively on representing people accused of crimes at both the trial and appellate levels in federal, state, and municipal courts throughout Kansas, as well as in various district courts outside the State.

Please remember that past results obtained by Monnat & Spurrier, Chartered, attorneys are no guarantee of future results. Each case or matter is different and is judged on its own merits.

State of Kansas v. Shanklin, No. 98 CR 108 (Sedgwick County, Kan., Dist. Ct July 23, 1998): Jury verdict of ”not guilty” on charges of first-degree murder and other crimes arising from a drive-by shooting.