Police Dishonesty in the Courtroom: Dan Monnat’s Letter in the New York Times 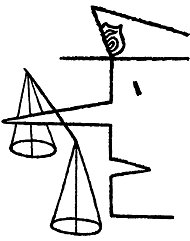 To the Editor: Re “Why Police Lie Under Oath,” by Michelle Alexander

To the Editor: Michelle Alexander suggests two explanations for why officers lie: because they can, and to increase arrests. I would like to suggest a third.

Our system openly embraces certain police lies, such as undercover lies and lies to induce confessions. Given that officers also lie under oath, one has to wonder: Does the acceptance of lying in the field have a spillover effect into the courtroom? Can an officer who is trained to live an undercover lie fairly be expected to turn off the duplicity spigot upon crossing the threshold into the courtroom?

While ending all investigative lies is probably an unrealistic goal, it may be time to question our reflexive assumption that these lies are “good” lies. If we can nudge the police toward a stronger culture of honesty in the field, then perhaps we can better rely on them to maintain honesty in the courtroom.

The writer is a lawyer.

Click to read Dan Monnat and Paige A. Nichols’ article, To Protect and Serve… And Lie? Why Even “Good” Police Lies are Bad for Kansas Justice.