Best of both worlds: Defense attorney by day, rockstar by night

Monnat, 71, is the lead singer and drummer of The House Band, a trio known for its bootleg rhythm and blues.

“The House Band is made up of musicians who have been playing since they were teenagers,” said Monnat.

Those teenagers are now in their seventies. During the pandemic, they found themselves “rocking out” in guitarist Doug Webb’s basement. 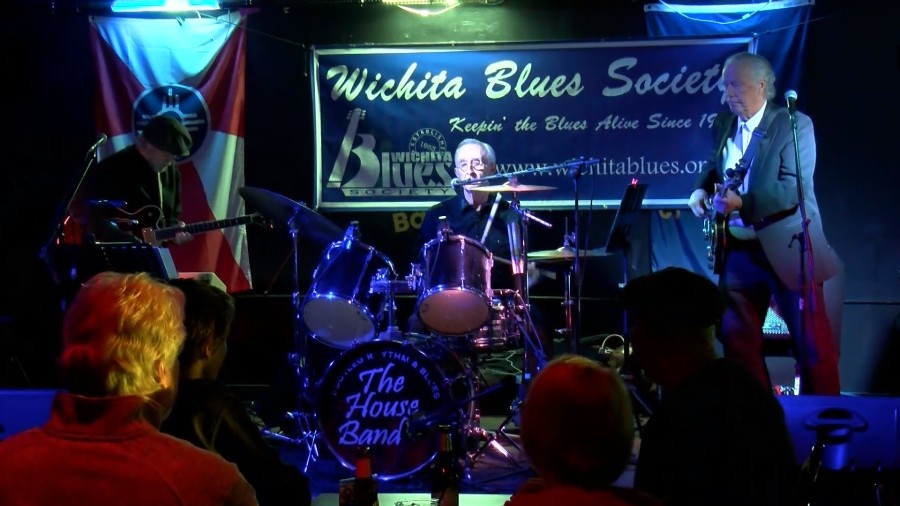 The House Band performs at Jerry’s Bar and Grille in west Wichita.

“It just kind of formulated from musicians wanting to express themselves, not necessarily play gigs, but just to get together and make music,” said bass player Phil Snow.

“The pandemic gave us time to woodshed while social distancing, and we got in a lot more rehearsals than we might of otherwise, and it clicked,” Monnat explained.

Webb, 76, Monnat, and Snow have more than 180 years of musical experience. Individually, the band members have been long-time fixtures in the Wichita music scene, having performed in separate bands at numerous bars and taverns. 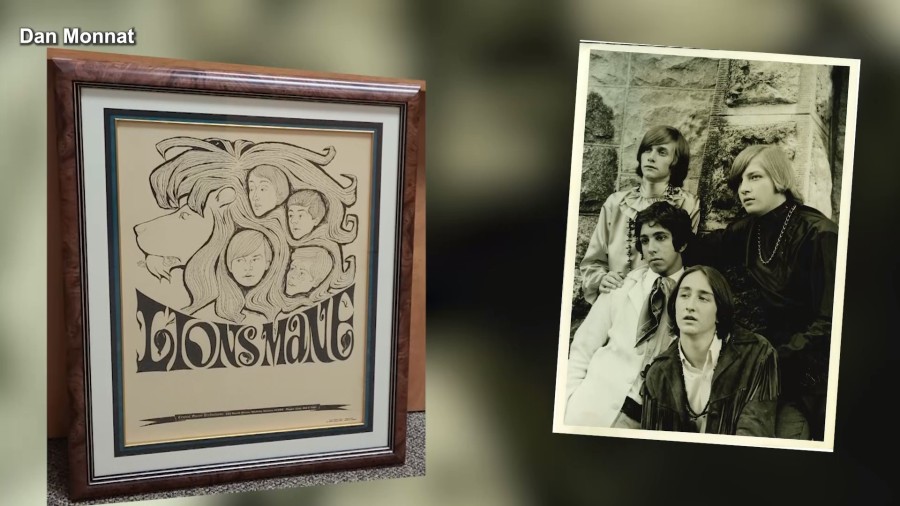 “I started singing with my mother, and I started playing drums when I was about 11 or 12 years old,” Monnat said.

Monnat would go on to star in the local group The Lion’s Mane while Webb and Snow played in competing bands.

Decades later, they found one another, looking for an escape of sorts during the pandemic. They never imagined they would perform in front of a live audience. However, after several practice sessions, the men quickly realized the music they were creating was special, so special it needed to be shared.

“It feels like you are flying a jet with the Blue Angels. You are in perfect formation, and it’s almost an out-of-body experience when that happens. I wish I could say it happens a lot, but it does with this band, and so for me, it is just the sheer joy of making music and making it with some of my best friends,” Snow said.

“If you do it in the basement practicing, there comes the point where you think, ‘man, I want to share this with people. I want other people to hear it and see what they think,’” Webb said.

“I hope people are inspired. I hope people realize what we are celebrating is all of the important emotions of life,” Monnat said.

Monnat’s life as a lawyer

Monnat’s love for music never died per se. However, it did take a backseat to his career in law.

“I quit for about 22 years after I graduated from law school,” Monnat explained.

He co-founded Monnat & Spurrier, Chartered, in 1985, becoming a well-known criminal defense attorney. He’s been listed in Best Lawyers in America for 35 years and has defended individuals and companies in high-stakes federal and state jury trials, appeals courts, regulatory proceedings, and other investigations.

With his decades of experience, Monnat is sought after to teach other lawyers at national legal conferences. He has also been asked to provide news commentary for local and national broadcasts, appearing on NBC’s The Today Show, CNN, CBS Morning News, 48 Hours, and FOX News.

He credits his wife, Grace Wu Monnat, for reintroducing him to the music scene.

“One day, she asked me to go down on Valentine’s Day to the basement and bring up the laundry. When I got down there, I found this shining set of drums that you see on the stage right now,” explained Monnat.

When asked how he juggles his career and music, Monnat simply smiled.

“There’s really not that much difference between what I do as a criminal defense trial lawyer and being a musician. They both involve a tremendous amount of preparation in order to deliver an outstanding performance. In both situations, we are trying to persuade or speak to people about the epic experiences of life, love, peace, war, sorrow, enthusiasm, celebration, and mourning,” Monnat said.

The House Band has played a number of live gigs in recent months. To find booking information, music videos, and more. click here.