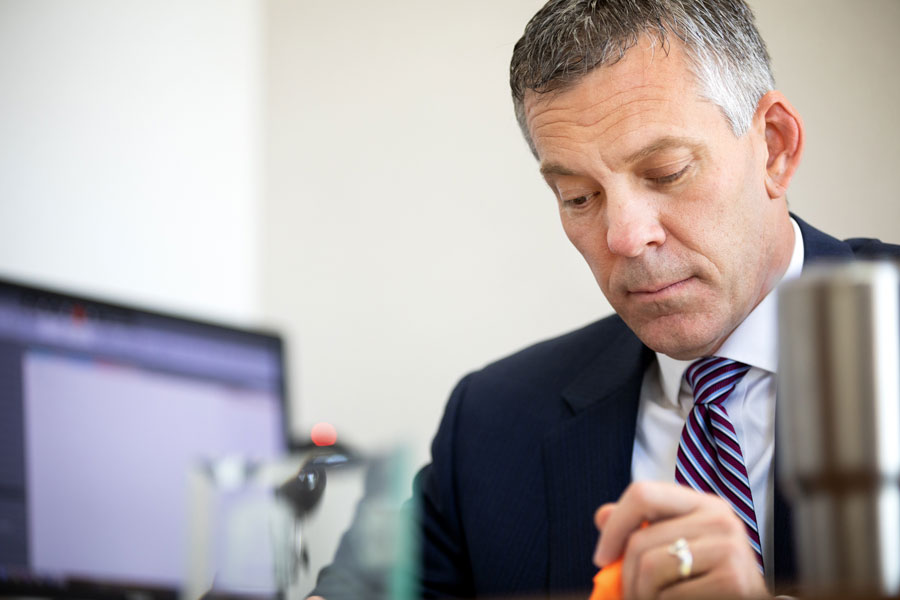 Trevor Riddle spent his high school years in rural Oklahoma earning All-State credentials as an offensive tackle. He went on to Oklahoma State University, where he earned his degree in philosophy, with an emphasis in the philosophy of science. This unique meld of competitive instinct and philosophical scientific insight has become a cornerstone of Mr. Riddle’s defense practice.

Since joining Monnat & Spurrier, Chartered, eight years ago, Mr. Riddle has fought for his clients by cross-examining forensic laboratory technicians, medical doctors and other expert witnesses. He has also advocated for his clients by the presentation of experts ranging from pathologists to biomechanical engineers. Mr. Riddle was also the first attorney in Kansas to argue the admissibility of polygraph evidence under Kansas’ recently amended rules of evidence.

Mr. Riddle earned his Juris Doctorate from the University of Kansas School of Law in 2005. While in law school Mr. Riddle clerked for the Douglas County Kansas District Attorney and, after law school, prosecuted and tried cases as an Assistant Butler County Attorney.

Mr. Riddle is a member of the National Association of Criminal Defense Lawyers (NACDL) and is a graduate of the NACDL White Collar Criminal Defense College sponsored by Stetson University College of Law.

Please remember that past results obtained by Monnat & Spurrier, Chartered, attorneys are no guarantee of future results. Each case or matter is different and is judged on its own merits.

State v. Goetter, Pratt County, Kansas 13 CR 073: The defendant was charged with possession with intent to distribute 40 pounds of marijuana discovered during a traffic stop. The case was settled for a misdemeanor in the middle of jury trial.